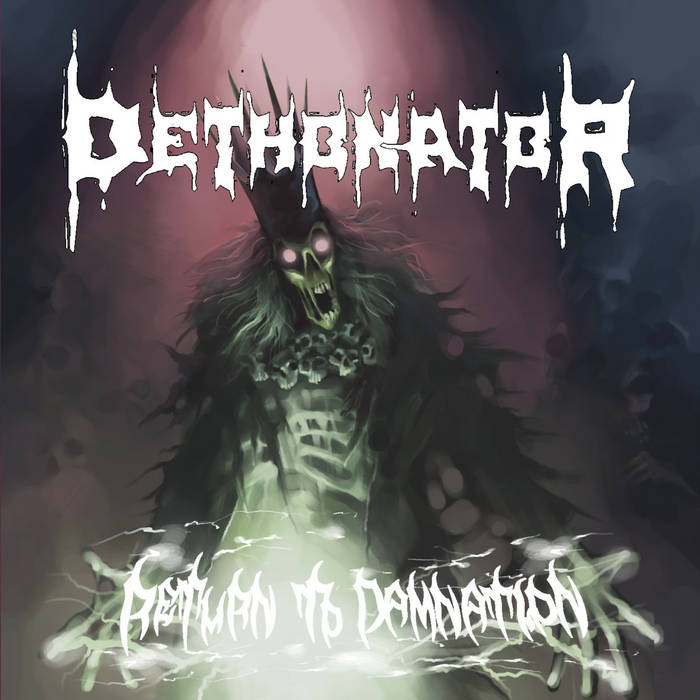 "Catchy riffs, beautiful guitar melodies that create a delightfully melancholic atmosphere, and strong vocals...modern heavy metal with a huge chunk of prog and a thrashy edge...you should definitely give 'Return to Damnation' that chance to grow."
Lords of Metal

Return to Damnation showcases some of the band's earliest written material; the crucible wherein the band was forged. Dethonator's heaviest and darkest record.